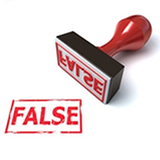 For all the benefits that breastfeeding give to both mothers and babies, there seem to be many off-putting myths that shroud this natural life-giving act.

1. Many women do not produce enough milk. Not true! The vast majority of women produce more than enough milk. Indeed, an overabundance of milk is common. Most babies that gain too slowly, or lose weight, do so not because the mother does not have enough milk, but because the baby does not get the milk that the mother has. The usual reason that the baby does not get the milk that is available is that he is poorly latched onto the breast. This is why it is so important that the mother be shown, on the first day, how to latch a baby on properly, by someone who knows what they are doing.

3. A mother whose breasts do not seem full has little milk in the breast. Not true! Breasts do not have to feel full to produce plenty of milk. It is normal that a breastfeeding woman’s breasts feel less full as her body adjusts to her baby’s milk intake. This can happen suddenly and may occur as early as two weeks after birth or even earlier. The breast is never “empty” and also produces milk as the baby breastfeeds. Is the baby getting milk from the breast? That’s what’s important, not how full the breast feels. Look skeptically upon anyone who squeezes your breasts to make a determination of milk sufficiency or insufficiency.

4. It is normal for breastfeeding to hurt. Not true! Though some tenderness during the first few days is relatively common, this should be a temporary situation that lasts only a few days and should never be so bad that the mother dreads breastfeeding. Any pain that is more than mild is abnormal and is almost always due to the baby latching on poorly. Any nipple pain that is not getting better by day three or four or lasts beyond five or six days should not be ignored. A new onset of pain when things have been going well for a while may be due to a yeast infection of the nipples. Limiting feeding time does not prevent soreness. Taking the baby off the breast for the nipples to heal should be a last resort only.

5. A mother should wash her nipples each time before feeding the baby. Not true! Formula feeding requires careful attention to cleanliness because formula not only does not protect the baby against infection, but also is actually a good breeding ground for bacteria and can also be easily contaminated. On the other hand, breastmilk protects the baby against infection. Washing nipples before each feeding makes breastfeeding unnecessarily complicated and washes away protective oils from the nipple.

6. If the baby is off the breast for a few days (weeks), the mother should not restart breastfeeding because the milk sours. Not true! The milk is as good as it ever was. Breastmilk in the breast is not milk or formula in a bottle.

7. Modern formulas are almost the same as breastmilk. Not true! The same claim was made in 1900 and before. Modern formulas are only superficially similar to breastmilk. Every correction of a deficiency in formulas is advertised as an advance. Fundamentally, formulas are inexact copies based on outdated and incomplete knowledge of what breastmilk is. Formulas contain no antibodies, no living cells, no enzymes, no hormones. They contain much more aluminum, manganese, cadmium, lead and iron than breastmilk. They contain significantly more protein than breastmilk. The proteins and fats are fundamentally different from those in breastmilk. Formulas do not vary from the beginning of the feed to the end of the feed, or from day 1 to day 7 to day 30, or from woman to woman, or from baby to baby. Your breastmilk is made as required to suit your baby. Formulas are made to suit every baby, and thus no baby. Formulas succeed only at making babies grow well, usually, but there is more to breastfeeding than nutrients.

8. Breastfeeding babies need other types of milk after six months. Not true! Breastmilk gives the baby everything there is in other milks and more. Babies older than six months should be started on solids mainly so that they learn how to eat and so that they begin to get another source of iron, which by 7-9 months, is not supplied in sufficient quantities from breastmilk alone. Thus cow’s milk or formula will not be necessary as long as the baby is breastfeeding. However, if the mother wishes to give milk after 6 months, there is no reason that the baby cannot get cow’s or goat’s milk, as long as the baby is still breastfeeding a few times a day, and is also getting a wide variety of solid foods in more than minimal amounts. Most babies older than six months who have never had formula will not accept it because of the taste.

10. If the mother is taking medicine she should not breastfeed. Not true! There are very very few medicines that a mother cannot take safely while breastfeeding. A very small amount of most medicines appears in the milk, but usually in such small quantities that there is no concern. If a medicine is truly of concern, there are usually equally effective, alternative medicines that are safe. The risks of artificial feeding for both the mother and the baby must be taken into account when weighing if breastfeeding should be continued.

11. A baby with diarrhea should not breastfeed. Not true! The best treatment for a gut infection (gastroenteritis) is breastfeeding. Furthermore, it is very unusual for the baby to require fluids other than breastmilk. If lactose intolerance is a problem, the baby can receive lactase drops, available without prescription, just before or after the feeding, but this is rarely necessary in breastfeeding babies. Get information on its use from the clinic. In any case, lactose intolerance due to gastroenteritis will disappear with time. Lactose free formula is not better than breastfeeding. Breastfeeding is better than any formula.

12. A woman who has had breast augmentation surgery cannot breastfeed. Not true! Most do very well. There is no evidence that breastfeeding with silicone implants is harmful to the baby. Occasionally this operation is done through the areola. These women do have often have problems with milk supply, as does any woman who has an incision around the areolar line.

13. Breastfeeding does not provide any protection against becoming pregnant. Not true! It is not a foolproof method, but no method is. In fact, breastfeeding is not a bad method of child spacing, and gives reliable protection especially during the first six months after birth. It is almost as good as the Pill if the baby is under six months of age, if breastfeeding is exclusive, and if the mother has not yet had a normal menstrual period after giving birth. After the first six months, the protection is less, but still present, and on average, women breastfeeding into the second year of life will have a baby every two to three years even without any artificial method of contraception.

14. Breastfeeding women cannot take the birth control pill. Not true! The question is not about exposure to female hormones, to which the baby is exposed anyway through breastfeeding. The baby gets only a tiny bit more from the pill. However, some women who take the pill, even the progestin only pill, find that their milk supply decreases. Estrogen-containing pills are more likely to decrease the milk supply. Because so many women produce more than enough, this sometimes does not matter, but sometimes it does even in the presence of an abundant supply, and the baby becomes fussy and is not satisfied by breastfeeding. Babies respond to the rate of flow of milk, not what’s “in the breast”, so that even a very good milk supply may seem to cause the baby who is used to faster flow to be fussy. Stopping the pill often brings things back to normal. If possible, women who are breastfeeding should avoid the pill, or at least wait until the baby is taking other foods (usually around 6 months of age). Even if the baby is older, the milk supply may decrease significantly. If the pill must be used, it is preferable to use the progestin only pill (without estrogen).

15. A woman who becomes pregnant must stop breastfeeding. Not true! If the mother and child desire, breastfeeding can continue. Some continue breastfeeding the older child even after delivery of the new baby. Many women do decide to stop breastfeeding when they become pregnant because their nipples are sore, or for other reasons, but there is no rush or medical necessity to do so. In fact, there are often good reasons to continue. The milk supply will likely decrease during pregnancy, but if the baby is taking other foods, this is not a usually a problem. However, some babies will stop breastfeeding if the milk supply is low.

17. After exercise a mother should not breastfeed. Not true! There is absolutely no reason why a mother would not be able to breastfeed after exercising. The study that purported to show that babies were fussy feeding after mother exercising was poorly done and contradicts the everyday experience of millions of mothers.

Breastfeeding problems can be solved

If you have any more specific questions about breastfeeding, you may also like to check out our “Tell Us” section, where you can find out more about medical conditions related to breastfeeding.

The bottomline is that breastfeeding is a natural part of life, and while there can be beginner problems for both mother and baby, it can and will happen with a little patience and a little know-how. No matter what you have heard, breastfeeding is extremely beneficial for you and your baby and you should try your best to establish breastfeeding as early as possible with your baby.